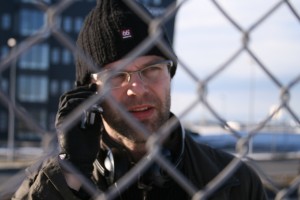 Jakob Halldorsson born 1966 in Iceland. Trained at School of Visual Arts’ film department in New York. He started his carrier in the broadcast industry as a cameraman and editor. Last ten years he has worked on many awarded T.V drama, comedy and international documentary’s in Iceland. In 2007 he was committed to be a director, directing his first short film “The Place” and in 2009 he did “Sacrifice” followed by third short “Secret” in 2015. He directed two season of Iceland Got Talent 2014 and 2015. He is currently writing a script for his first feature film.